From the island Sal in the Cape Verds, I wanted to go to Mindelo on the island Sao Vicente. A well known starting point for crossing the Atlantic. Good shopping and lots of other sailors to share knowledge.

After sailing for 24 hours on my own to Mindelo, I thought, I will do the rest on my own too. This is so much better and I went through so much to get here, I do not want to take any risks with other crewmembers. And I have to learn them a lot and be responsible for their safety.

I met some Dutch sailors who done this crossing before and that is very helpful. Useful tips and the exchange of movies and series.

The city Mindelo is quit large and I found a good supermarket. The Cape Verds looks like a well developed country, but it is still Africa as you see as soon as you go to the outskirts. 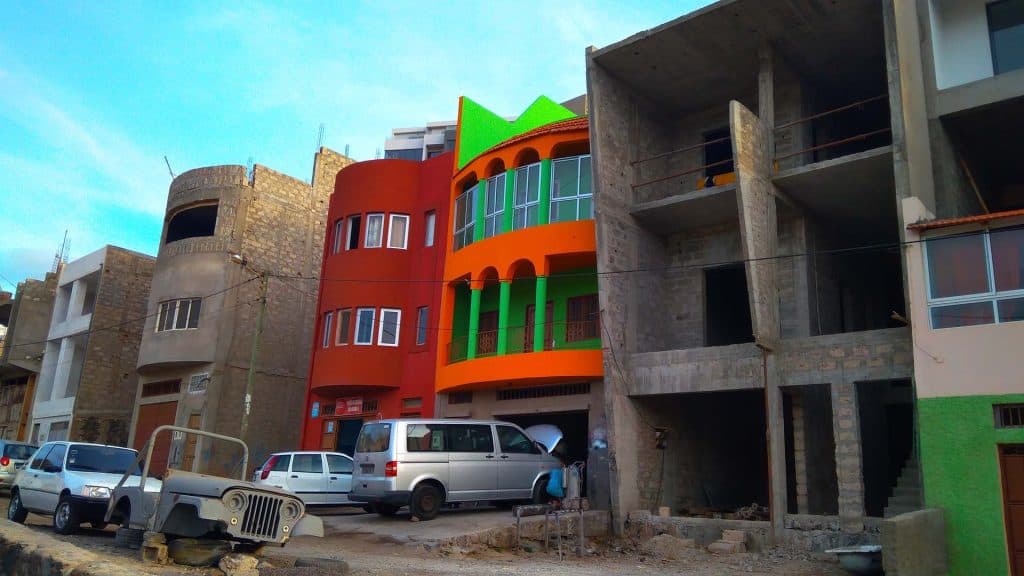 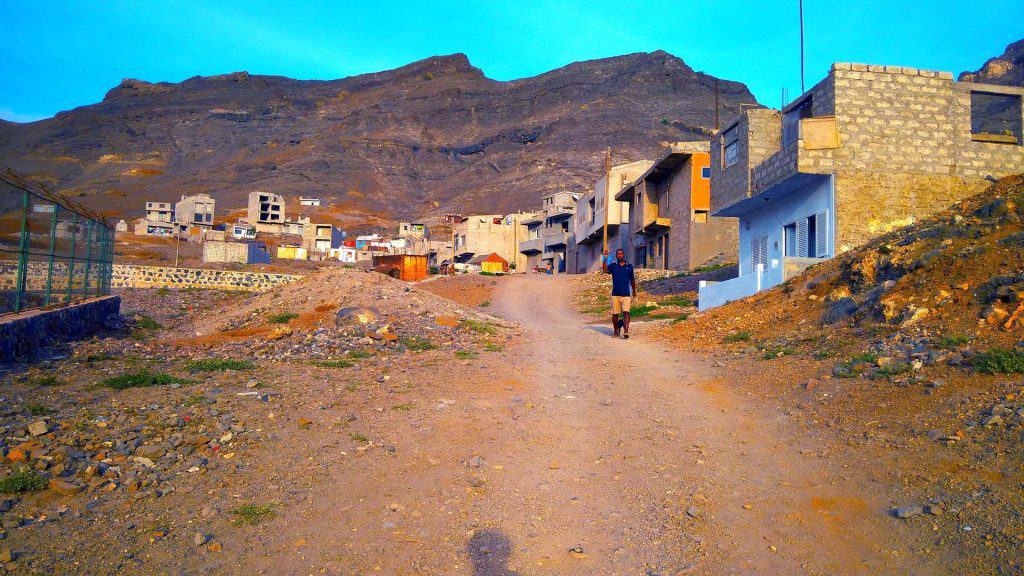 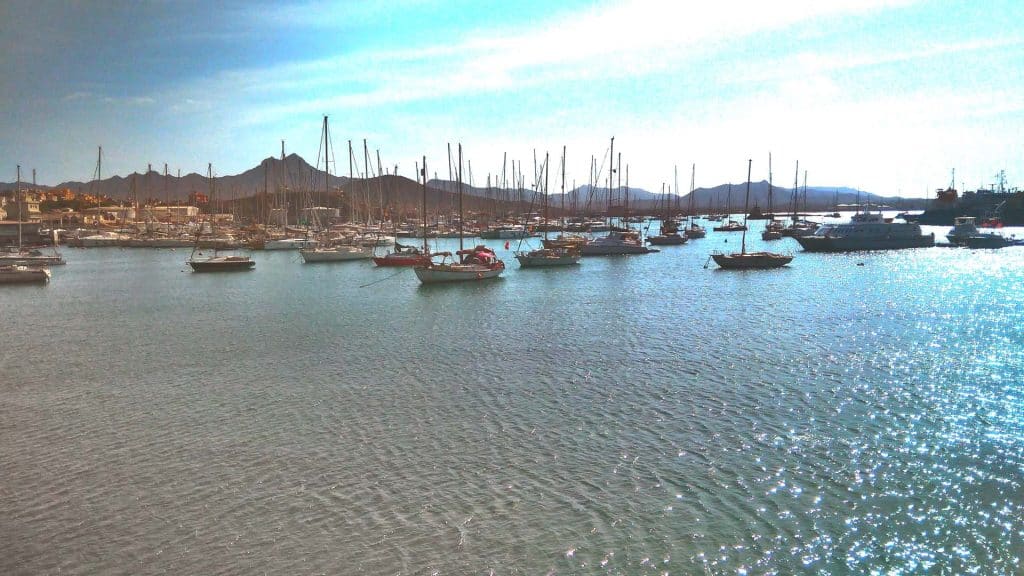 Leaving Sao Vicente I passed the last island, Santo Antão, on the West side. This should be a good fishing ground, so I setup the fishing gear. After almost one hour the rod started spinning. I had a line out for about 70m, so I started hauling her in. Then, suddenly, a giant fish jumped right at the place my fish should be. The fishing gear did not feel that heavy. Then I saw them right behind the boat. Dolphins. I mean, they are always welcome, I love dolphins, but at this moment . . .
I just continued hauling in, hoping they are intelligent and see the strange movement of my catch. And they are. So I caught a nice fish. There will be not much opportunities for fishing, because the boat is going too fast. I did manage to catch a couple of these and some barracudas.

It takes a while before I was getting at ease. The first few days I was trying out what was the best sail configuration. I remembered Marcel, saying: “Use just one sail. It is no contest, just enjoy the ride. You do not want to shorten the trip.”

Checked the food storage, so it will not rot, listening to the sounds and when not recognized, I searched for the reason. If sails stay for three weeks every sound means wear and break after a while.

Columbus did it already, following the Trade Winds. They start from Portugal going South all the way to the Cape Verds. Here they turn to the West, until the Caribe Islands. Than they turn to the North and from Florida it blows back again.

The red line is the route to the West. On top you see nasty winds. Not the right season to go East. In the middle the infamous area called the ‘Doldrums’. No wind for weeks!

So easy sailing. Well Columbus did it without GPS, autopilot, advanced weather forecasts and I suppose without a decent cup of espresso!

It sounds easy and it is, but there are seasons. From half of November until May, these winds are steady to the Caribe Islands, but outside that time frame, these winds can be violent. A guy said: “Do not fight the season”.

Sometimes columns meet and the wave becomes very high.
I was watching this phenomenon sitting back in the cockpit. Then, suddenly, a wave rises up. I mean way up. I rushed to the cabin door, because I was certain this one was coming in and the cockpit will turn into a swimming pool.

But the Ellena just lifted her ass and surfed for seconds on high speed on top of this wave. I thought she was smiling and saying: “Worried?”, and went on surfing like she did the whole route.

Time gets a bit confusing. For navigation purposes, I kept time on the Cape Verds timezone. But in my calculations I had to take into account the timezone of Martinique, I mean, I want to arrive in the morning with enough daylight.
I noticed that a phone does strange things with time when there is no connection for a longer period of time.
I kept in contact with Ellen through a satelite messenger, so also the timezone in NL was important.
Every day I noticed the sun was set 15 minutes later then the day before. Now I will cross three timezones and I already did three coming from Greece.

And, after 16 days, there it was, Martinique!

And these birds gave me a warm welcome

The Caribe is a very large area. I would like to see some islands, especially Cuba, but also Belize and Panama. This requires some planning because of the wind directions, but also the distances. Well, I have done 10.000 km now, from Greece to Martinique. From here to Belize is only about 3.000 km!


The route until now